The Pug - Is This the Breed For You?

Breed of the Day - Pug 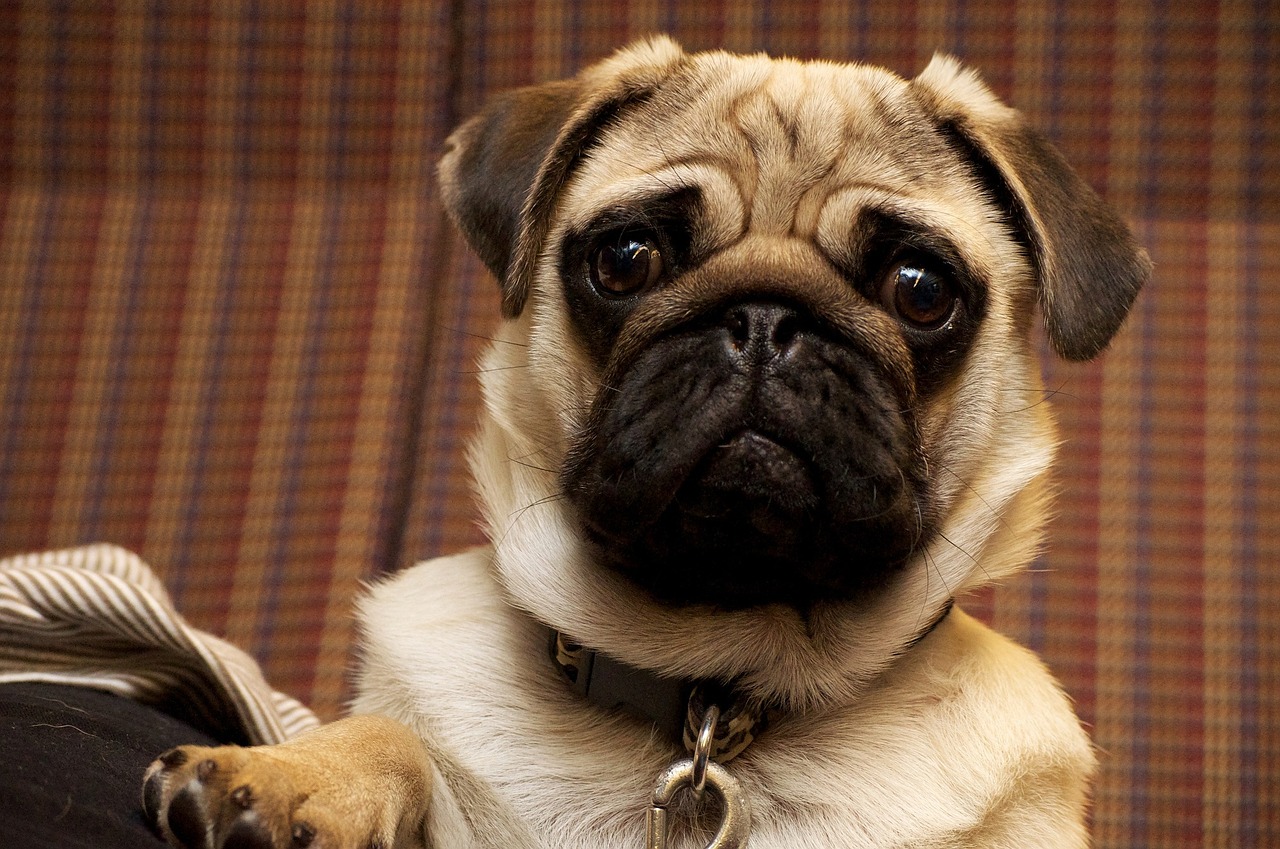 Can you just fall in love with their face - wrinkles, big bulging eyes, flat short muzzled face.   The pug is a great family friendly breed considered a large toy breed. They love spending time with their humans and require little exercise. Pugs are very intelligent and extremely affectionate.

History:   They have been described as multum in parvo ("much in little"), referring to the pug's personality and small size. Known in ancient China as lo-sze, they may have been responsible for the English Bulldog, the modern Pekingese and King Charles spaniel.

Physical traits:  The breed has a fine, glossy coat that comes in a variety of colors, and a compact square body with well-developed muscle. The pug is a toy dog with a wrinkly, short-muzzled face, and curled tail. Pugs have two distinct shapes for their ears, "rose" and "button". "Rose" ears are smaller than the standard style and “button" are folded with the front edge against the side of the head. Breeding preference goes to "button" style pugs. The legs are very strong, straight, of moderate length, and are set well under. The shoulders are moderately laid back.

Health Issues:  overheating, obesity, pharyngeal reflex . They need their ears, and the folds of skin on their face wiped.

Temperament:  Strong willed but rarely aggressive, the pug is suitable for families with children. They have a wonderful disposition; they are very fond of children and are sturdy enough to play. They snuggle when they sleep. They are quiet and calm but when in the mood, they love to play and tease.

Other Facts: When a pug gets excited they may experience "reverse sneezing”, usually called Pharyngeal Gag Reflex.  Reverse sneezing are usually not harmful to the pug and resolve themselves, however, the owner can massage the dog's throat or cover its nose to make it breathe through its mouth to help shorten the episode. Pugs are not high energy jogging dogs, they are great for small living spaces. Pugs bark occasionally and shed excessively, and I mean excessively.

Famous Life: Pugs have been featured in television and films. Some films to mention are Men in Black, Hotel for Dogs, The Adventures of Milo and Otis, Pocahontas and Pocahontas II, and Marie Antoinette. Some television shows to note are The King of Queens, Spin City, Legend of the Dragon, The West Wing and Dino Dan.

Not the Breed for you, still interested in learning about other Breeds? Check out our other articles.

Boston Terrier - Is this the Breed for you?

Find Out What Is The Most Popular Breed