5 Signs Your Dog is Having a Heat Stroke

Our furry friends fur serves as great protection during the winter. However dog parents may not be aware that their dog’s fur can be fatal in the heat of spring and summer. As the temperature rises, we must be aware of the potential of a dog heat stroke or heat stress.

It is important to understand that dogs become hot as well and aren’t the same as us. We can take a coat off if we get too hot, but they can’t. They may shed but they will still have a coat.

By panting, dogs are able to cool down by circulating air through their bodies. They also can cool down by drinking or swimming in water. Dogs will show signs when becoming to hot such as panting, which can be mistaken for excitement during a game of catch or the joy of seeing you.

The 5 most common and visible signs of heat stress in our pets include:

vomiting or a deep red or purple tongue

Your furry friend is at higher risk for heatstroke if she is older, overweight, short nosed, thick-coated, low-energy, out of shape, doesn’t drink enough water, and/or has underlying diseases like heart, respiratory, endocrine disorders, or arthritis.

The following breeds tend to be at greater risk. These breeds are short-nosed breeds. Some have a brachycephalic head ( flat faced). 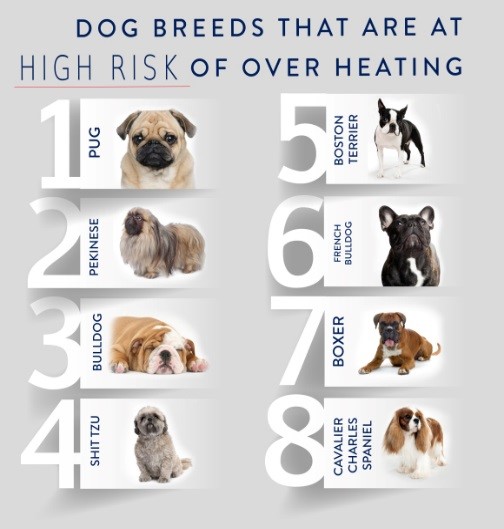 Pugs – are prone to heat exhaustion because they are a short-nosed breed. In addition, pugs are not meant to be outdoors as they are an indoor dog. Also, they have a short nose which means that they have a smaller airway which makes it take longer and is more difficult for air to cool down.

Pekingese- they have brachycephalic head (flat faced), and very short nasal passages, Pekingese also has a very thick coat, therefore they are more prone to becoming overheated or from suffering from heatstroke than other dogs.

Bulldogs – are prone to heat exhaustion because of their shorter breathing system. By having a shorter airway this means that it will take much longer for cooling the air down. Also, they are a strong risk to heat stroke because of their flattened face as well.

Shih Tzu - like all dogs with short flat noses (brachycephalic), may have difficulty breathing and may overheat, especially in hot weather.

Boston Terrier - are considered brachycephalic dogs. They have a short snout, tiny nostrils, long palates and a narrow trachea. This makes them very sensitive to excessive heat and extremely cold weather.

Boxers – are more prone towards developing heat exhaustion because of their shortened muzzle which results in inefficient cooling through panting. In addition, boxer dogs have trouble cooling down during hot weather because they have a lot of flesh in their mouth and throat which makes panting not as effective.

Cavalier King Charles Spaniel – are prone to heat stroke as they cannot tolerate high temperatures and cannot efficiently cool themselves down in a quick and safe manner. Their thick coats trap heat and warm up their body and their short face does not efficiently exchange cool air.

If a pet becomes overheated, you must immediately lowering their body temperature.

• Move the pet into the shade and apply cool (not cold) water all over their body to gradually lower their temperature.

• Apply cool towels to the pet’s head, neck and chest only.

Leaving a dog in a hot environment is a common cause of heat stroke. At 70 degrees on a sunny day, after a half hour, the temperature inside a car is approximately 104 degrees. After an hour, it can reach up to 113 degrees. When temperatures outside range from 80 degrees to 100 degrees, the temperature inside a car parked in direct sunlight can quickly climb to between 130 to 172. Please share this to educate all our furry friend owners.  It does not have to be 90 degrees to cause harm to our pets. 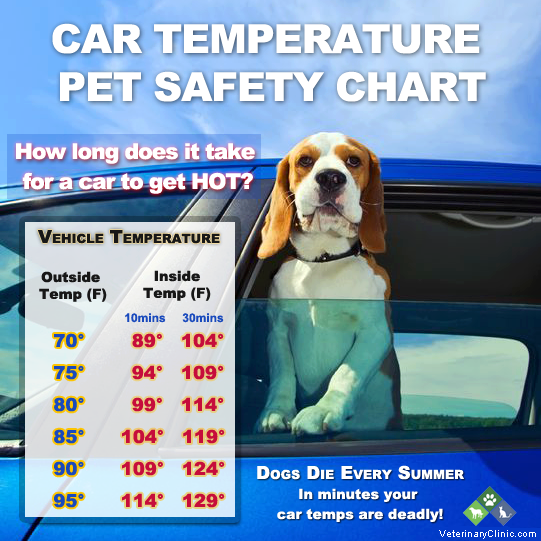 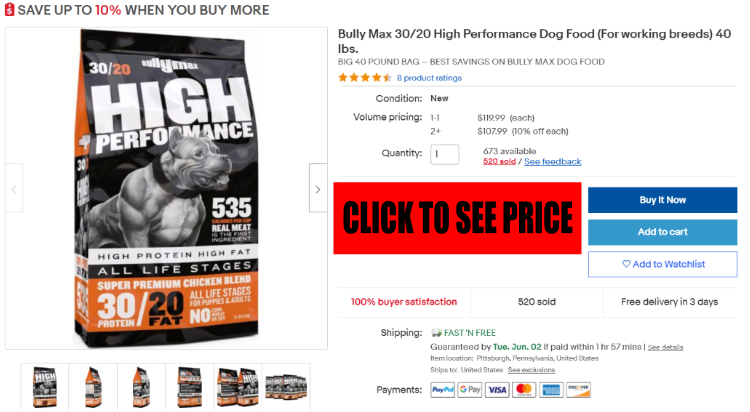